This article is about the musical. Were you looking for the film?

Mean Girls: The Musical, also known as Mean Girls on Broadway is a musical based off of the book by Tina Fey, with music produced by Jeff Richmond and lyrics by Nell Benjamin. It is based off the film of the same name. The musical opened on Broadway in April 2018 at the August Wilson Theatre.

How fetch! After years in the making, Mean Girls: The Musical hits the stage with the favorite characters from the movie, powerful music, and timely pop culture and news references. Janis Sarkisian and Damian Hubbard welcome the audience to their “Cautionary Tale”: Cady Heron is the new girl at North Shore High School in Chicago, desperate to fit in and find friends. Janis and Damian befriend the new girl, and when The Plastics set their sights on Cady, Janis convinces naive Cady to be their “friend” in order to bring down Queen Bee Regina George’s reign. Along the way, Cady loses herself, her friends, and her crush, all for the chance to be popular and loved. When dethroned Regina gets revenge by releasing the Burn Book, Cady is brought down and must mend her broken relationships with Janis, Aaron, and even Regina. With dynamic songs for young performers, Mean Girls is an anthem to friendship, loyalty, girl power, and being true to yourself. 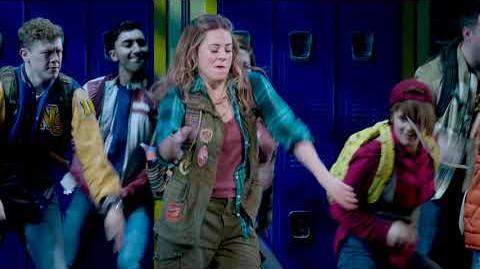 Sit With Us, It'll be Fetch! - Promo video 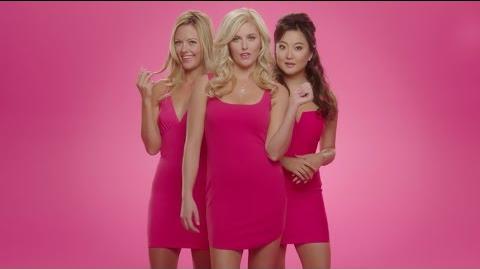 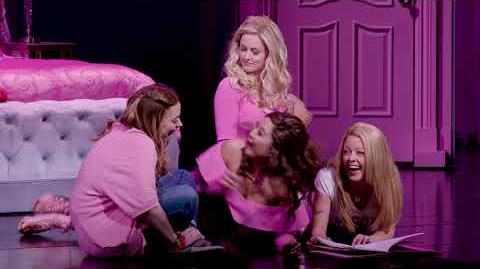 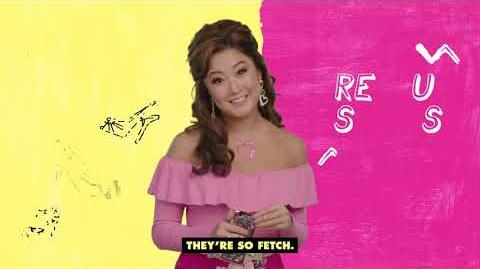 Where Do You Belong in the August Wilson Theatre? - Promotional Video 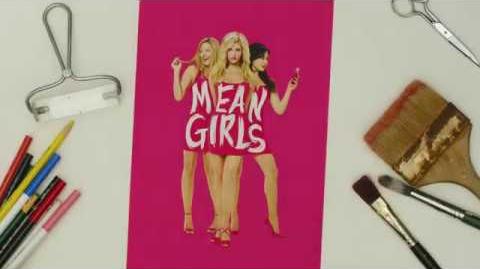 PSA Don't be fooled by the pink. Mean Girls on Broadway
Add a photo to this gallery 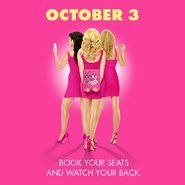 Retrieved from "https://meangirls.fandom.com/wiki/Mean_Girls_(musical)?oldid=11359"
Community content is available under CC-BY-SA unless otherwise noted.