Short Girl is an unnamed, minor character in Mean Girls. She is portrayed by Kristen Bone.

She is a student at North Shore High School. The Mean Girls credits list her as Short Girl, even though she is not the Shortest Girl in the film.

'Short Girl' was first seen in the girls' restroom. Upon seeing Damian there, she told him to 'get out of here'. Damian, however, approached her excitedly as if she were Danny DeVito, whose work he loves. 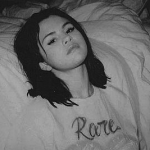